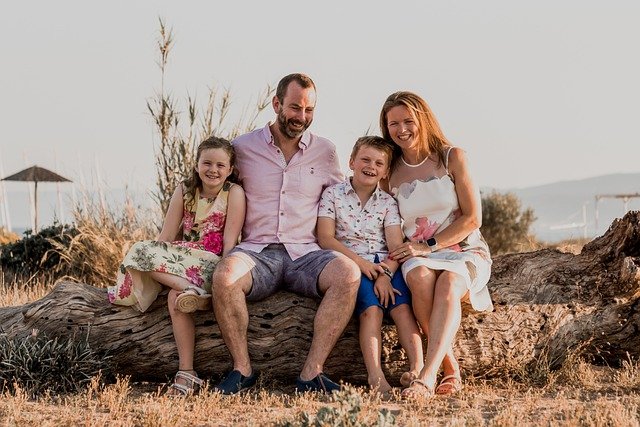 Giving your child a shot at a great future is a lot easier than you think!

While moms are indispensable, a caring dad is the best thing that can happen to a child. Child experts have traditionally placed a major focus on a mother’s role in the lives of children and tended to ignore a father’s contribution. What a tragedy. Thankfully this is changing as research is making it increasingly clear that caring and involved fathers make a massive contribution to their children’s well-being, self-esteem, emotional intelligence and sexual behaviour, as well as giving them an excellent chance of flourishing in adulthood.

And the good news is that dads can do this in very simple ways as they actively love and care for their children, and by just being who they are – men!

The amazing thing is that it is the simplest of activities that fathers engage in with their children that have some of the most lasting effects on them. At a recent talk I gave to prospective parents, a young father-to-be came up to me afterwards and recounted how his father had never shown him any affection as a child and how he had “gone off the rails” as a teenager. He told me that his father had bought him only one ice cream during the course of his childhood and that this had greatly distressed him in later years.

Another of the simplest things which impact children is a father’s touch. Children have a need to be touched by a father. Early in life, children who experience love and care by being held and spoken to by their fathers develop a very specific and unique relationship with them. A dad’s touch, with his strong hands and somewhat hairy arms, is very different from a mother’s touch, and babies and children who experience this touch have a better chance of growing up to become well adjusted, emotionally healthy adults. A father who openly shows physical affection to his children helps contribute to their intellectual, physical and sexual development.

Boys who are touched by their fathers in a healthy and caring way show a lower tendency to become sexually promiscuous and rebellious in their teens and adulthood, and girls who experience warm, healthy physical affection from their dads are much less likely to become “boy crazy” to satisfy their need to be touched and for male approval. So, when the village idiot comes calling, your teenage daughter is far less likely to crave acceptance from him because she’s been getting enough approval from the most significant man in her life – her dad. Her relationship with her father, therefore, becomes a frame of reference for how she relates to other men all through her life.

Skin hunger – the lack of physical contact – can have a dramatic effect on a child. In its most severe form, it can result in death. Decades ago, infants in orphanages in the Soviet Union were reported to have died simply as a result of not being touched. But the positive side of this coin is that infants and children who are touched appropriately and regularly flourish physically, emotionally and intellectually.

As well as the need to be touched by a father, children have a need to have a father play with them. Sometimes the last thing you want to do when you arrive home after work plays with kids, but taking five minutes to chase and tickle them is worth it in the long run. (Fast fact: Children up to seven years of age have two ambitions in life – to be chased and to be tickled by their father!)

While mothers engage in gentle, nurturing activities, fathers play games with their children that involve getting them excited, very often including the elements of risk and fear. A typical father-child game would involve a father raising his hands like claws above his head, taking giant steps toward the child and growling, “Here comes the bear! It’s going to eat you up!”

The child invariably turns tail and scampers away squealing with delight. Once cornered, he or she is usually scooped into their father’s arms where they are supposedly eaten by the bear, something which turns out to be ticklish and immensely enjoyable for the child. And every time the child experiences being caught, their faith in their father’s love is strengthened.

Children who are exposed to such games learn a number of valuable lessons. They learn to distinguish between reality and illusion – they know their dad’s not really a bear. They also enjoy the thrill of being scared while knowing that they’re not really going to be hurt, so they learn to deal with a negative emotion (fear of the “bear”) in a supportive and positive environment – something which proves invaluable when they make their own way in the world and have to face real fears that come across their paths.

Another lesson they learn is how to read their father’s face and to respond accordingly. Dads often quickly tire of children’s games (just try keeping up with an enthusiastic toddler and see how long you last), but the positive outcome is that, from as young as six months old, children have been found to be able to read the expressions on their fathers’ faces and can tell when the game is over. These children learn how to bring themselves down from the emotional high they were on as a result of being chased, causing them to grow up with a higher level of emotional self-control and emotional intelligence. Now emotional intelligence is becoming a major currency in the business world. Studies have shown that, of people with the same IQ, education, skills and experience, it’s the person with the highest level of emotional intelligence (EQ) who will get ahead of the pack in the world of work. And fathers play a role in helping to develop their children’s EQ.

Fathers also typically throw their children in the air and catch them or encourage their children to jump from the bed or couch while they stand waiting to catch them, simple games which involve elements of risk and which require the child to learn to trust their fathers. Watch your child the first time you encourage her to jump into your arms. She won’t be too keen but, as she comes to understand that you’re going to catch her, she comes to love it! By contrast, watch a child who has never been exposed to this type of game. They are quite obviously terrified.

Another important way that fathers strengthen the bond between themselves and their children is through the use of secret signs of affection. This can take the form of a squeezed hand or a wink across a room to your child, giving them a sense of well-being and security that they get from experiencing the invisible bond that exists between them and their father.

Children thrive on attention and approval from their fathers. As a child grows up, they will frequently say those immortal words, “Look, daddy!” as they attempt to perform some or other activity. This is an expression of their desire to obtain approval and recognition from their fathers, and all this requires is the necessary attention directed at them (probably for no longer than a few seconds at a time) and an appropriate comment such as, “That’s wonderful, sweetheart!” or “Well done, son!”

Of course, one has to be realistic about this – you wouldn’t give the same attention to your child while driving your car as you would in your back yard, and explaining to your child why there is a good and a bad time to focus on him or her is also a valuable lesson for them. It helps them learn that, contrary to their belief, they are not the centre of the Universe and that sometimes they have to delay gratification in the interests of other people or things.

Don’t make the mistake of losing yourself in your career in the interest of giving your family a certain lifestyle when they would rather have you around instead. A good formula to apply is: spend half the money and twice the time on your children and you will experience ten times the happiness as you see your children fly higher than you thought possible!

Alan Hosking is the author of What nobody tells a new father, the new dad’s guide to pregnancy and parenthood. He has helped first-time and experienced dads become more involved parents for two decades.