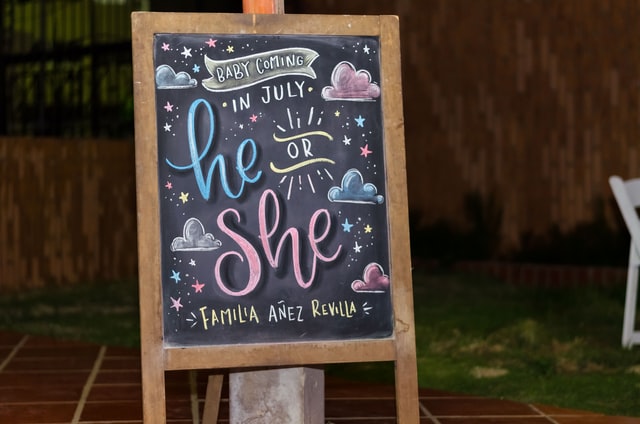 Knowing about the gender of your baby-to-be can be an extremely delightful and humbling experience. Hence, celebrating the moment with a party makes sense.  Gender reveal party helps parents reveal the gender of the child before its birth to their friends and family.

In some situations, even the parents aren’t aware of the child’s gender until the party. Not so long ago, knowing the gender of a child was incredibly simple, with a doctor simply giving you an envelope with the answer within.

Today, this momentous occasion in any parent’s life can be turned into a joyous celebration that creates a significant amount of happiness and delight for the parents.

When to Plan a Party?

Your gynecologist or ultrasound technician can discern the sex of your child roughly around 18 weeks into your pregnancy. There are options to find out the gender, even earlier, with non-invasive prenatal testing.

So ideally, your gender reveal party can be held roughly after two and a half months to four and a half months of your pregnancy. In reality, though, many parents would opt for waiting a little longer just in case any potential complications happen with their pregnancy.

So the most common time to throw a gender reveal party is anywhere between 18 to 20 weeks of pregnancy. This would be a good time to start planning for your party.

How to Plan a Gender Reveal Party

The parties, in general, have three specific audiences that they target based on who is aware of the gender of the child.

In the first situation, the parents would be aware of the gender and reveal the same to their friends and family members. In this situation, you can choose the best planning option with your spouse and orchestrate an event for a gathering of your close loved ones.

The second option is if one of the parents knows while the other is left in the dark. You might want to throw a more intimate and private event with only your closest friends and family in these situations. In this case, it would be left up to the spouse aware of the gender to plan the party accordingly.

The third option is when both parents are not aware of the gender of the child. This can be done by discussing with your obstetrician or gynecologist before you go in for the ultrasound. They will simply jot down the gender of your child in an envelope and give it to you.

After this, you can give the envelope to a close friend, who will then be in charge of planning the party, or a gender reveal party planner who will make all the necessary arrangements to ensure that your day of celebration goes off without any hassles.

Ideally, the best option would be if both the parents do not know the gender and the party planning are left to a reliable professional. This way, not only will the surprise be simultaneous for both you and your spouse, but you will also have a party that will be perfectly planned, down to the last detail.