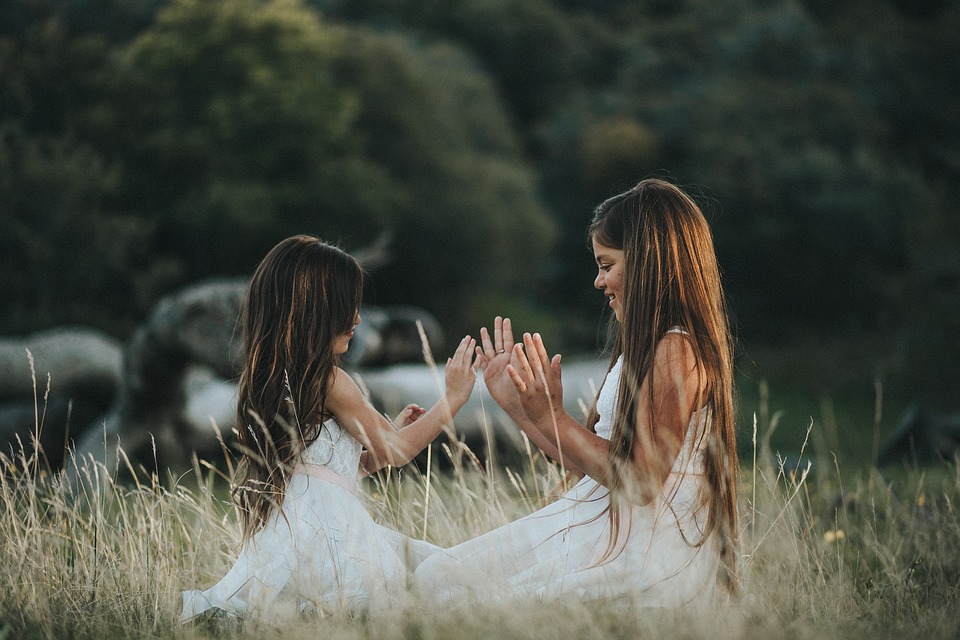 Throughout the year, relay races are a fun way for kids to run off extra energy. They are particularly popular in the summers at picnics, back yard barbeques, and camps, but relay races always hold kids’ interest. While many races are best played outside, there are variations that are fun inside. A plain race makes for healthy impromptu exercise, while others require more preparation that add another layer of fun. 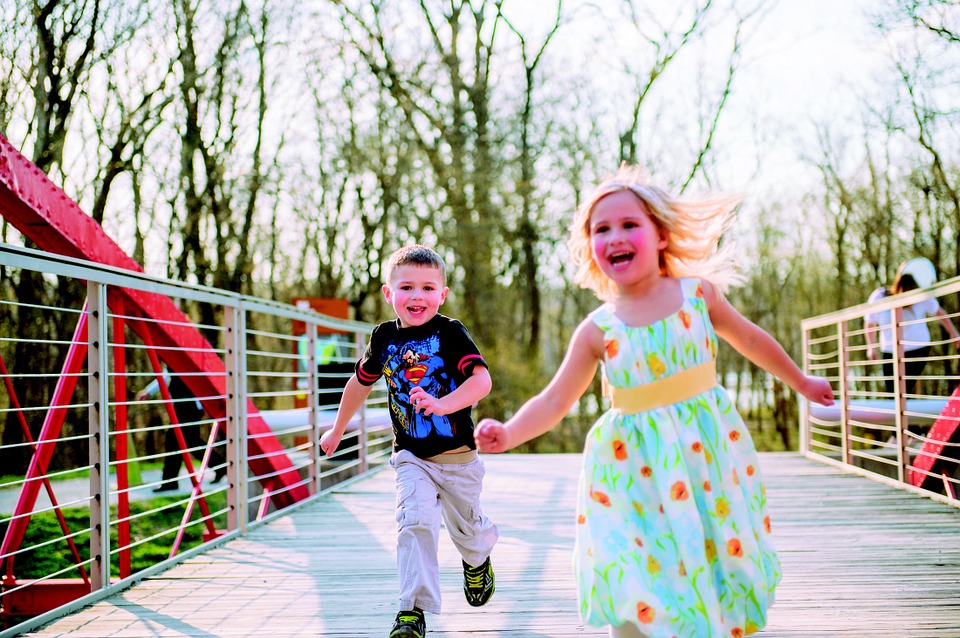 Here are some things to keep in mind when organizing and preparing for a relay race:

1. Decide on the best location for the race, whether it is inside or out. Races that involve water or lots of space are better outside activities.
2. Remove unnecessary obstacles from the race course, while selecting a safe area to hold the race.
3. If necessary, demonstrate how the race is to be played. Young children in particular need visuals.
4. You designated turning point, which you can mark with a pole or some other landmark you have set up.
5. Make sure to have plenty of water on hand for players to drink on hot days.

Many races require coordination, teamwork, and ability to follow instructions in addition to speed, which makes them a good way to impart these skills to young children. Here are some examples of popular relays that appeal to kids from pre-school on up. Some include an element of silliness that adds to the fun. For all of the races given below, the team that successfully completes the task versus the way.

1. Sack Race – Kids get in a potato sack (or a large pillow case for younger kids) and hop to a designated turning point and back. When they reach the starting line, the runner gets out of the sack and hands it to the next person in line. The winning team is the one whose team members complete the task first.

2. Over Under, Over Under – Before the running starts, kids on each team pass a bean bag or small ball under their legs and then over their head to the next person in line until the beanbag gets to the end. The last person runs to the front of the line and the process of passing over and under continues until the person who started first is once again at the front of the line.

3. Shoe Hunt – Before the game starts, members of each team remove a shoe and put it in a large pile. One at a time, a member from each team runs to the pile to find their own shoe. The first team to have every member find their shoe is the winner. This type of race is particularly fun for a large group.

4. Preparing For A Race. Preparing – The goal of this race is to have each member of each team carry an egg on a spoon from the starting line to a turning point and then return back, so that they can pass the egg and spoon to the next person in line. The winning team has all members complete the task. If someone drops the egg, they need to return to the starting line and try again. The game can be used with hard-boiled eggs or plastic eggs or even golf balls or pennies; older children can even be required to carry the loaded spoon in their mouth.

5. Balloon Pop – Each child races to a chair with an inflated balloon. Once they get there, they put their balloon on the chair and pop it. (For young children, the noise might be frightening; popped balloons can present a choking hazard.)

6. Water Balloon Toss – On each team, the children pair off and are given a water balloon. They toss the balloon back and forth; for each successful pass, they take a step back so that they are further and further away. They continue this process until only one remains with an un-popped balloon.

7. Super Soak – The kids and each team line up between an empty bucket and one filled with water. The person at the head of the line soaks the sponge in water and passes it over their head to each person in line until it is in the hands of the person before the empty bucket. That person squeezes the sponge and runs to the front of the line start the process again. After a time limit of about five minutes or so, the winning team is the one that has the most water in their bucket.

9. Dizzy Bat Relay – Though this race is called dizzy bat relay, the person who gets dizzy is the team member who is up! Each team member runs to pick up a bat. After placing it on end, they place their forehead on top of the bat and spin themselves around the bat 10 times. Then, a bit disoriented from the spinning, they will race back to the starting line to take the next person in line.

10. Quick Change Relay – A member of each team runs to a pile of clothes and puts them all on. He races back to the starting point and removes all the clothes so that the next person can put them on. This child runs to the turning point removes the clothes, races back to the starting point, and tags the next person. The process continues until each person on the team has dressed and undressed. The first team to have everyone complete the process wins.

11. Waiter Run – Like a waiter in a restaurant, each team member for this game carries a plate with a ping-pong ball atop it above their head. They must carry it to a designated spot, turn around, and carry the plate back to the starting point for the next person is awaiting it. If they drop the ball, they must stop and put it back on the plate, while taking no steps.

12. Penny Relay – A variation on the egg relay, the penny relay uses a penny on a spoon that contestants must carry from the starting line, to a turning point and back again before passing spoon onto the next contestant. If they drop the penny, they must stop and put it back on the spoon before continuing.

13. Chicken Egg Drop – The object of the race is to carry a tennis or beach ball to a box located a distance from the starting point. What makes a game tricky is that runners must carry the ball between their knees and then waddle to the turning point where the box is located to drop their egg. They then run back to the starting line to the next person who places a ball between their legs and repeats the process. This game can be played using one ball per team, if the child removes the “egg” and brings it back to the next person.

15. Newspaper Press – Team members are paired up and charged to run to the finish line with a single newspaper page between them. By carefully running in tandem, runners can make their goal. If the pair drops their newspaper page, they must go back to the starting line, and begin again. There are no hands allowed until it is time to handle the newspaper page to the next pair of runners. The winning team has all their pairs successfully complete the race.

16. Three Legged Race – After dividing the teams into pairs of players who are about the same height, have them stand side-by-side so that you can tie their adjacent legs together with a scarf or piece of cloth. Each pair of players runs to a designated point and back again so that they can tag the next pair. If a pair falls down while they are running, the last keep their legs tied together as they get up. The team that has all their pairs complete the race is the winner.

17. Statue of Liberty Relay – Lineup two teams and give the first person in line a plunger that they have to fill with water from a pool or bucket and run it to a designated turning point without losing the water. The returning runner hands the plunger off to the next person who refills it before beginning the run.

18. Chicken Stir Fry – This game requires a hula hoop, two rhythm sticks, and numerous rubber chickens or animals for each team. Players start by standing in front of their hula hoop that has the two sticks in it. The first player picks up the stairs and runs to the pile of animals. He or she picks up the animal with the stairs and runs back to drop it inside the hula hoop. The game continues until time is called. The winning team is the one with the most animals in the hoop.

20. Hoop It Up – Teams of players stand in a circle with their hands joined. One person has a hula on their right arm. When the relay starts, the player steps for the group so that it rests on the opposite arm and then slides it to the right arm of the person to the left. The object of the game is to have passed the around the circle without dropping. First team to complete the process wins the game.

After you have looked at these popular relays, you may think of some that you enjoy organizing your student. Please comment below on what the kids that you work with enjoy. Have you have found any that work well with students with disabilities?